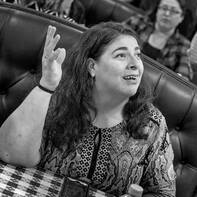 Sabne Raznik is an internationally published poet, a former community theatre actress, and an award-winning artist with three poetry collections - Following Hope, Linger to Look, and Rabbit Hole. Her latest book is a collection of artworks titled Renaissance: Visual Art 2005 - 2019. She founded and co-edits AvantAppal(achia) ezine and co-edits North/South Appalachia. Raznik believes herself to be a supranational poet, in that she feels the arts transcend manmade boundaries. In view of that, her effort as part of the Appalachian Renaissance is to break stereotypes and showcase Appalachian poetry as a living part of the world-wide literary scene, as well as to encourage the underrepresented but thriving Appalachian avant-garde in the global context. www.sabneraznik.com/ 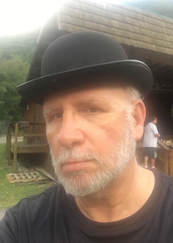 David Sykes was born and raised in Elkhorn City, Kentucky just before the boom times of the 1970’s. He got a degree from Harvard University before returning to join the family business. Now living in nearby Pikeville, he works at an IT services firm there. He is involved with the Artists Collaborative Theatre in Elkhorn City and has appeared in productions there as an actor and musician. He serves as the Short Story Ed(itor) of AvantAppal(achia) e-zine.
Proudly powered by Weebly